Enfances is an exhibition conceived as an ode to wonder.

It offers to the viewer, through the expressions of some sixty artists, the possibility to (re)visit the childhood, through a poetic and intimate vision of it.

The theme was offered to the gallery's permanent artists, according to an annual ritual; it also gave rise to a call for projects, for which 17 invited artists were selected out of more than 250 applications received.

This exhibition remains faithful to the spirit of the gallery: an invitation to unroll the Ariadne’s thread of contemporary creation, to be surprised, moved and touched by the artworks proposed.

Jean-Gilles Badaire has reinterpreted in painting the rare childhood photographs in his possession, others have put into images their striking memories, like Fabrice Rebeyrolle, who painted the church of Auvers-sur-Oise, the village of his childhood, while paying tribute to the painter who honored it before him.

As for Philippe Charpentier, he takes us for a walk in the gardens of his childhood, with their shimmering colors.

Some artists have turned to play: Christine Fabre, and her souvenir boxes, where the lady parts and dominoes of old neighbors reappear; Jacques Rieu, sculptor of the ossuary, offers us a game of jacks, while the marbles invite themselves into the sculptures of Gerard Fournier.

Daphné Corregan started collaborating with her grandchildren to create a series related to the world of Harry Potter, while Nathalie Grall has printed her engravings on pages of school notebooks...

The figure of childhood is also treated with tenderness in the humane artworks of Alain Boullet, Fanny Ferré, Franta, Jean-François Fouilhoux or Jacques Renoir.

Bright colors and childish poetry are present in the universes of the Danish painter Inge Hørup, Eliane Larus or the box-collages of Guy Mansuy, the sculptures of Françoise Carrasco or Jacky Coville...

Among the guest artists, one will be able to discover the poetic and more constructed universes of Pierre Riba, Nathalie Cirino, Edith Schmid, Gérard Beaucousin.

The playful will be invited to the party with the robots of Gille Monte Ruici, the textile works of Françoise Bartlet, the sculptures of Jean-Yves Gosti, the playgrounds of Wenqi Liu... Fantasy will be represented by Emä Leonie and her ceramic masks, or by Emmanuelle Renard with her paintings with phantasmagorical universes and bright colors.

Universes with darker but no less poetic lights will be present through the paintings of Anna Maria Cutolo, Jean-Charles Quillin, Nata Marcillac and the monotypes of Corinne Cesca or the photographs of Laetitia Lesaffre and Peter Zupnik.

An exhibition with multiple universes and sources of inspiration, an invitation to contemplation, to rediscover the seriousness of children playing... a touch of humour, nostalgia, tenderness... a hand stretched out towards lightness, more than essential in these troubled times. 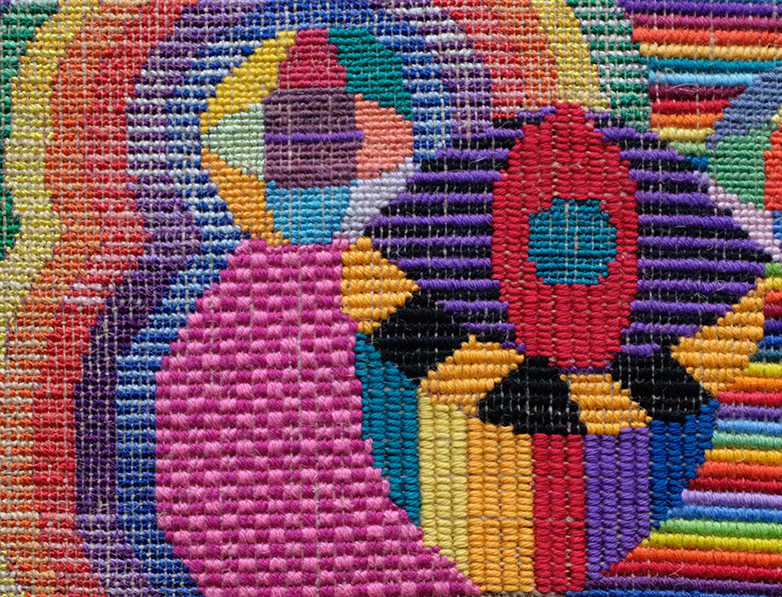 My work focuses on the embroidery of cotton threads on burlap,
which is the basis of my artistic practice.
Françoise Bartlet 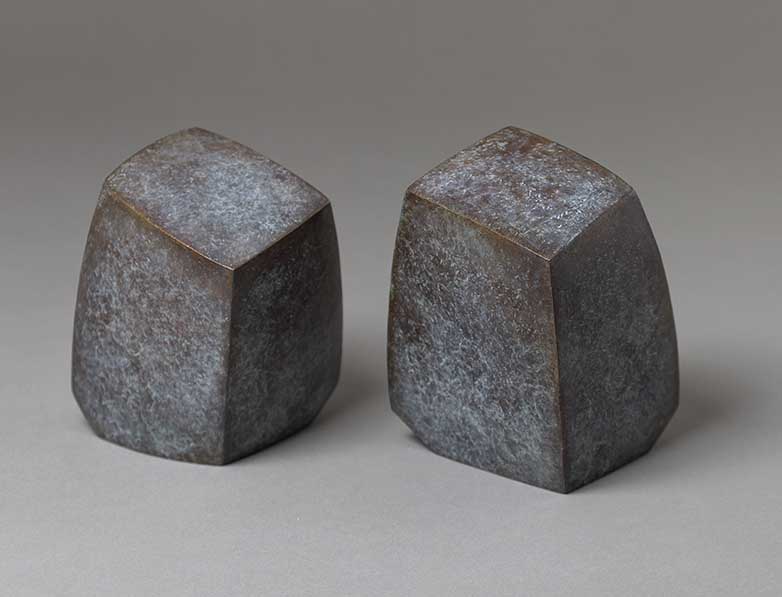 Oblong, sensual, rigid, of an oscillating symmetry, characters, flowers, profiles and stones of balance,
the sculptures of Gerard Beaucousin answer each other soft and reassuring.
Pierre Escot 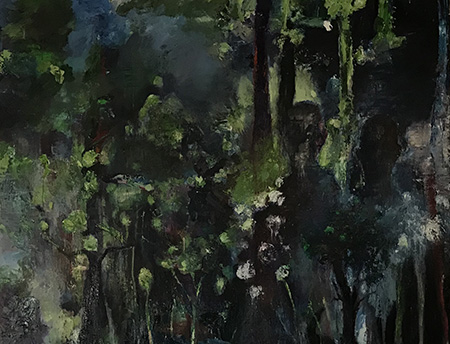 Marcos Brêtas has never aspired to being a contemporary painter.
Belonging to a generation of artists that do not see painting as a vanguard activity,
he nonetheless became a painter.
Clémence Houdart 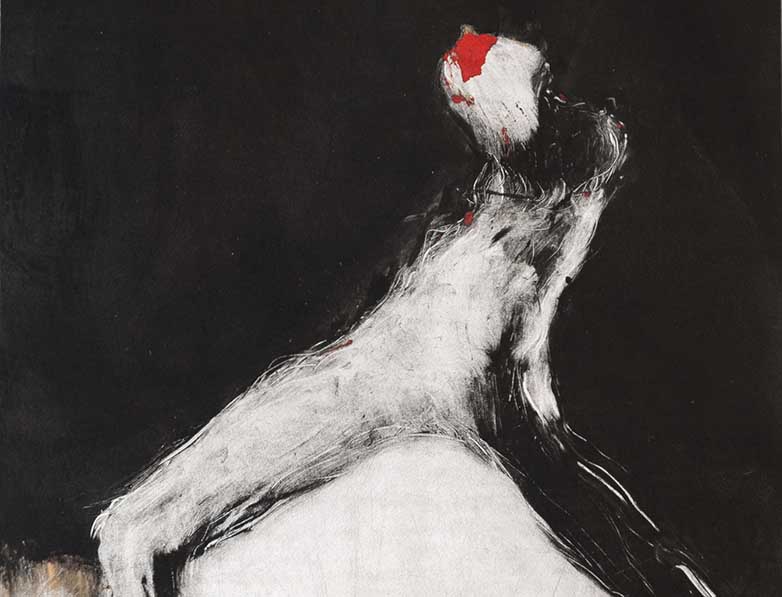 A work on the representation of the body between appearance and disappearance,
what appears to us our surreptitious or furtive emotion,
a unique moment, which brings to light its intensity
that transcribes an immeasurable reality,
manifestation of a hidden reality,
representing the infigurable.
Corinne Cesca 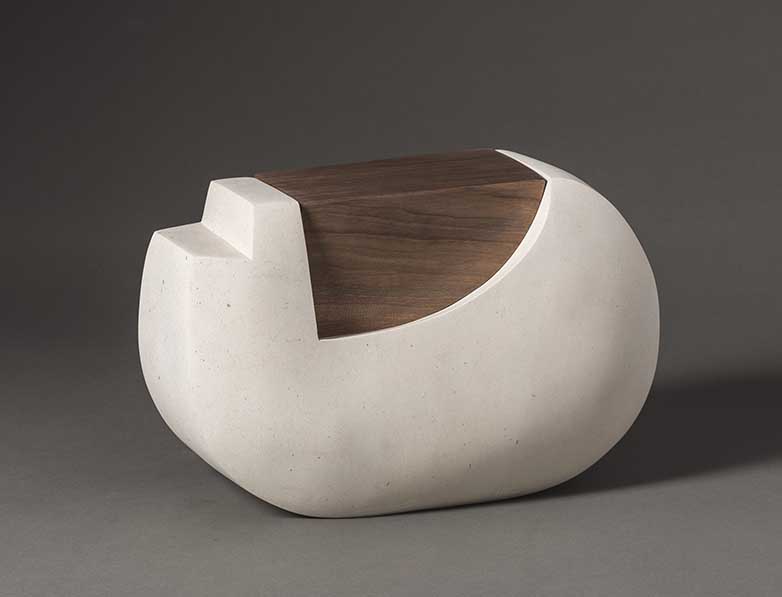 The stone
Feel it, understand it, love it.
Caressing it, softening it, revealing its beauty.
To release the form resting in its interior.
To respect it.

To enter in communication, to dialogue, to exchange.
To make the way together, to listen to each other.
Learning from each other.
To let oneself be carried away.
To travel.

Experimenting with the secrets of stone, of wood.
To combine materials, to make them talk.
Gather their energy.
Singing, dancing.

To seek harmony, complementarity, balance.
Sensuality of my hands, tools on the material.
Initiate oneself to the mysteries of existence.
To give life.
Nathalie Cirino 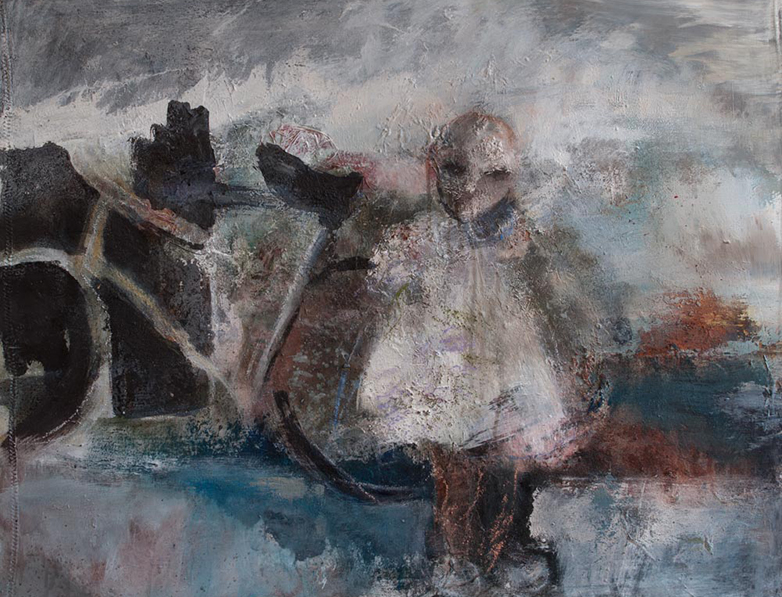 Painting emerges where words do not come from, from the meeting of water and a shore
- water, time, the same elusive elements, are combined there with the mud of the body -
earth as redemption.
Anna Maria Cutolo 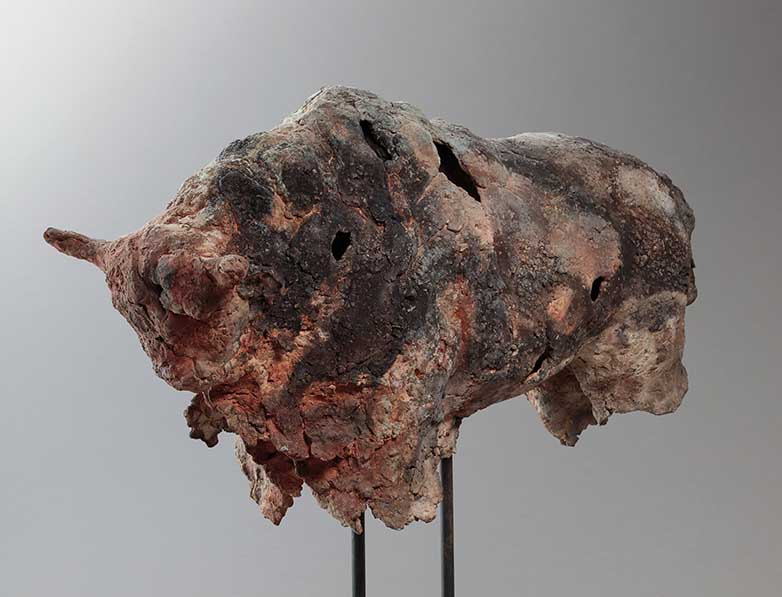 With archaic and almost wild gestures, Ule Ewelt models animals before their domestication. She brings out their essence.
Our cellular memory is awakened, our imagination, in which memories, feelings and intense projections about animals are mixed.

They were there before we appeared. Source of food, food competitor, threat to our survival, from the beginning we are intimately linked to them.
They have been represented in all mythologies since the beginning of time.
Bernard David during his speech on the occasion of Ule Ewelt's exhibition at the Centre de la Céramique Contemporaine de La Borne in 2019 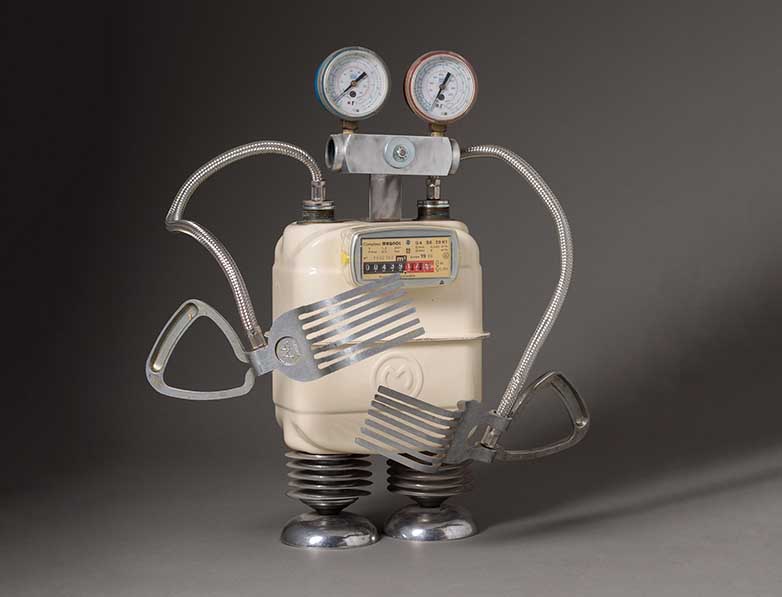 Adept of recovery and upcycling, I assemble and divert waste works. I try to give a second life
to worthless pieces. In the age of the disposable, the contents of our garbage cans appear from another angle.
The soul of a child and the derision assumed, contribute to the exaltation of the detour and bring a different and playful look
on the everyday objects revisited.
Gille Monte Ruici 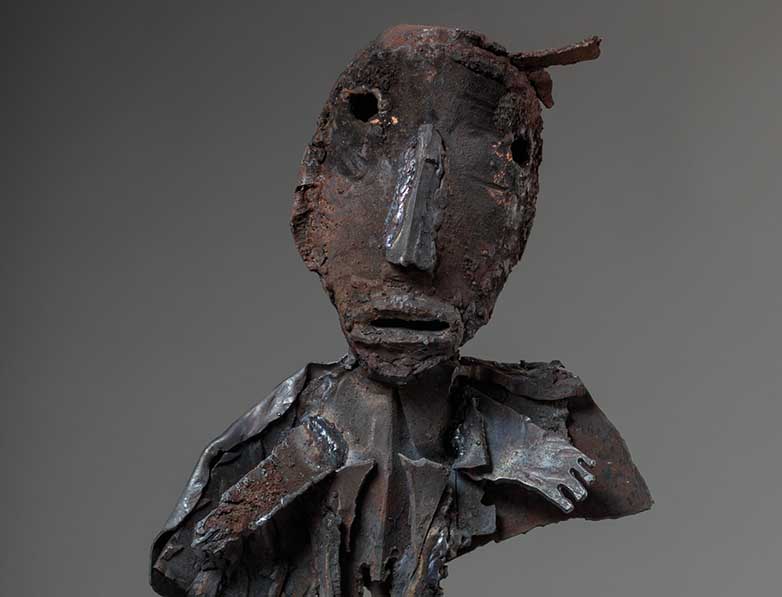 For a long time, Jean-Yves Gosti's life was like a reconstruction site, just like his early sculptures:
assemblages of stone chips to which he tries to give life, homogeneity, coherence and above all feelings.
As basic materials, stone is essential in his work. 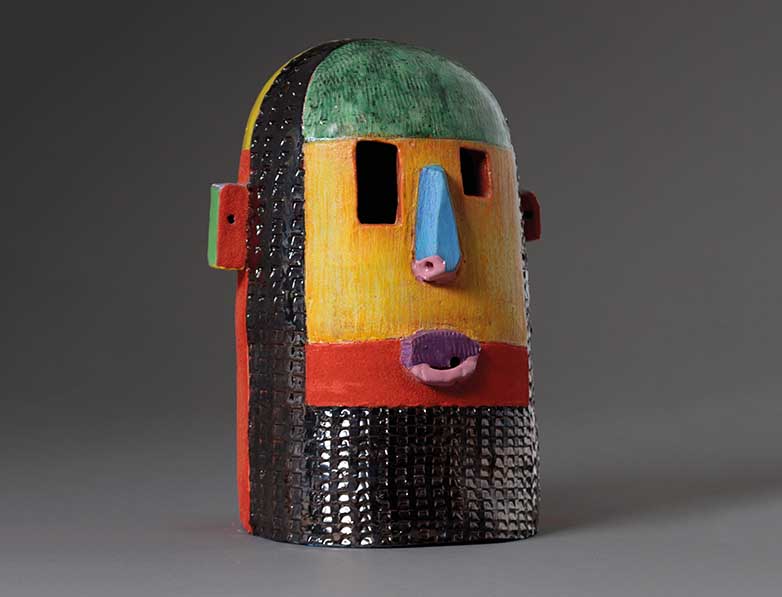 It is always a question of the lightness of life mixed with its disturbing heaviness.
Emä Leonie 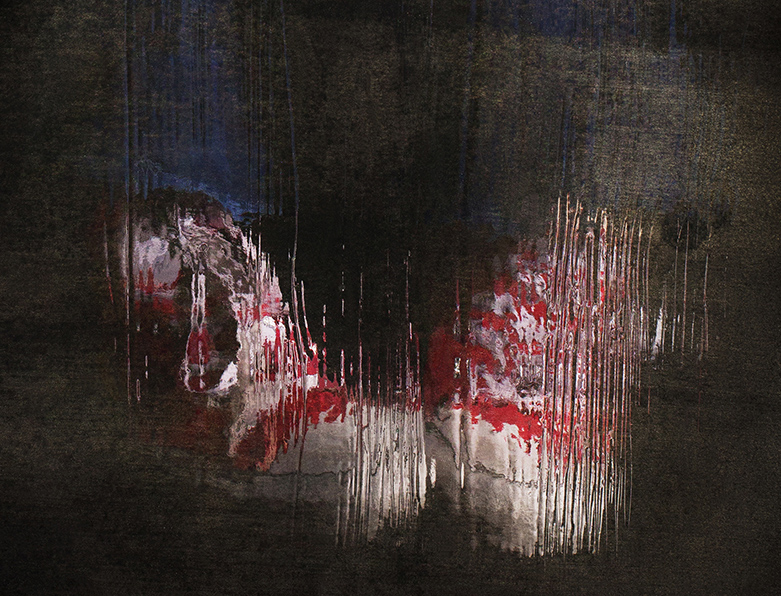 The grain, the blur of the painting gives the subject its intimacy. My photographs become impressionist,
they abandon the line to keep only the essence of the subject.
Laetitia Lesaffre 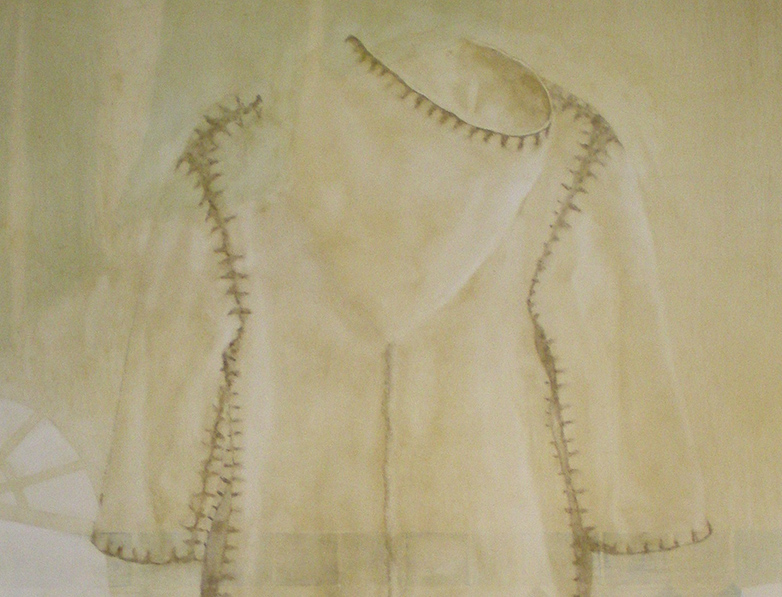 It is in an event that upsets my life, the accidental death of my parents when I am not 8 years old,
that one can grasp the original meaning of my work.

Childhood, death, the question of memory, are different themes addressed in my work, which,
despite what appears to be an abundance of forms, follow a common thread: that of presence and absence,
two sides of the same reflection on the difficulty, perhaps, to be in the world.
Nata Marcillac 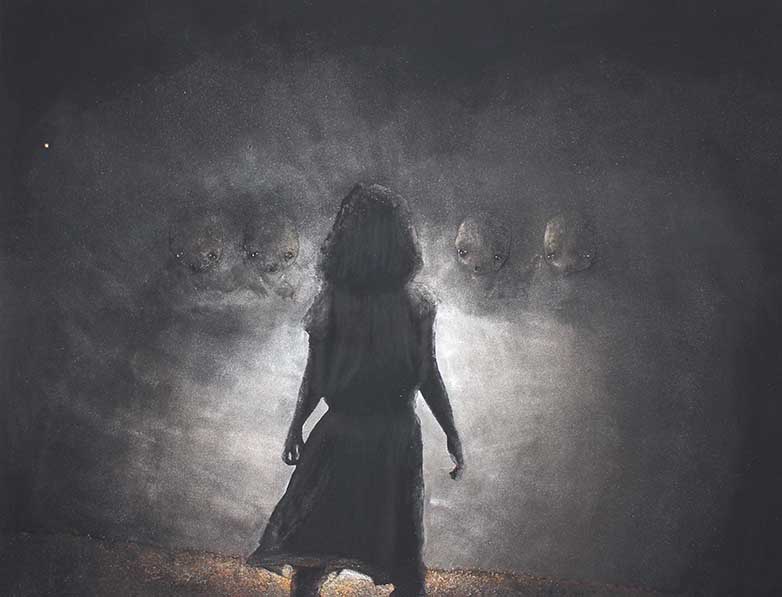 I paint because my dreams are imperfect.
And I have only the moment to contradict myself, and the words of reality to perfect me.
Jean-Charles Quillin 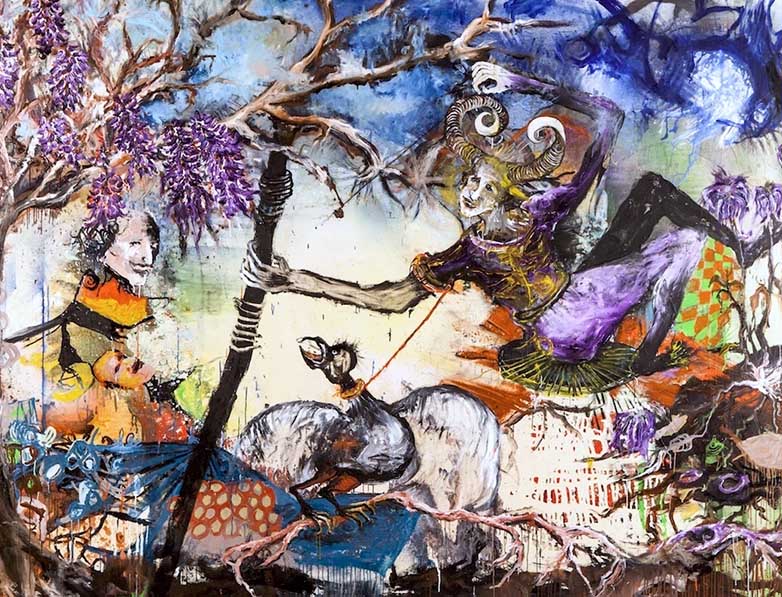 I am looking for the invisible path... To reach the invisible reality of the things behind the apparent reality.
Visible and invisible are two substances that communicate with each other.
Emmanuelle Renard

I am interested in works that are predominantly monochrome, minimalism, African art, Cycladic art, Neolithic art.
Stones, traces, fossils, dolmens, caves, primitive rather than classical works, all fascinate me.
I seek to work towards the universal (the circle, the sphere, the oval...).
By the sobriety, the simplification of the forms, my quest is that of the essential.
Pierre Riba 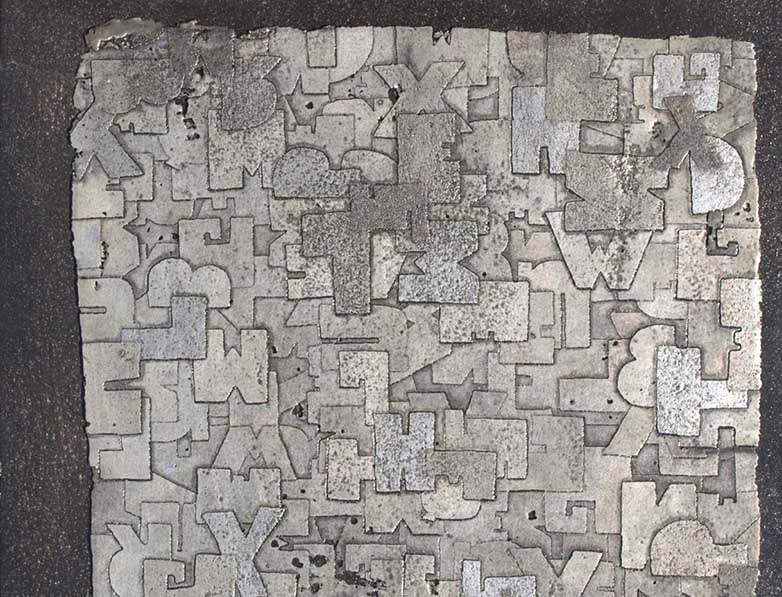 When she left her native Switzerland at the age of 23, she had never touched nitric acid or activated an intaglio press before.
Yet the world of prints had been her attraction for quite some time. 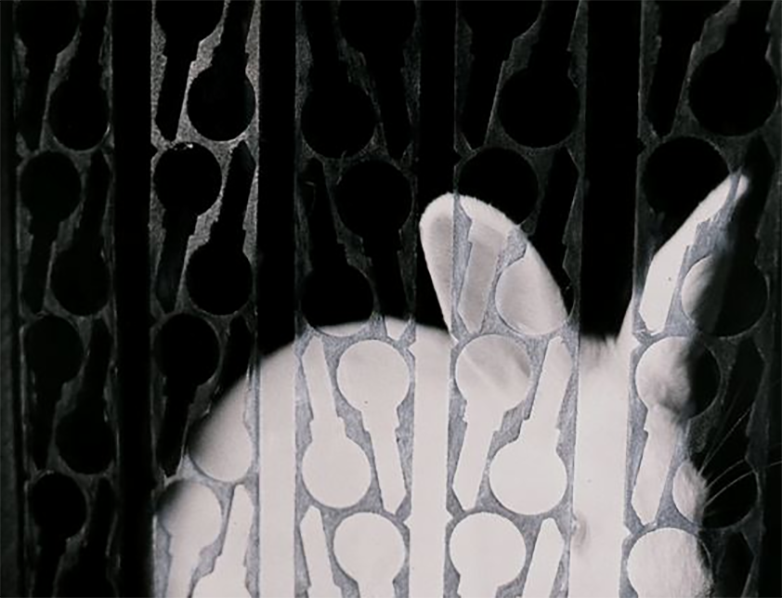 Photography stops time and ordinary things transform themselves by escaping from reality,
it is our imagination that models them, it is enough to give them an attentive look.
Peter Župník

Opening hours for the exhibition :