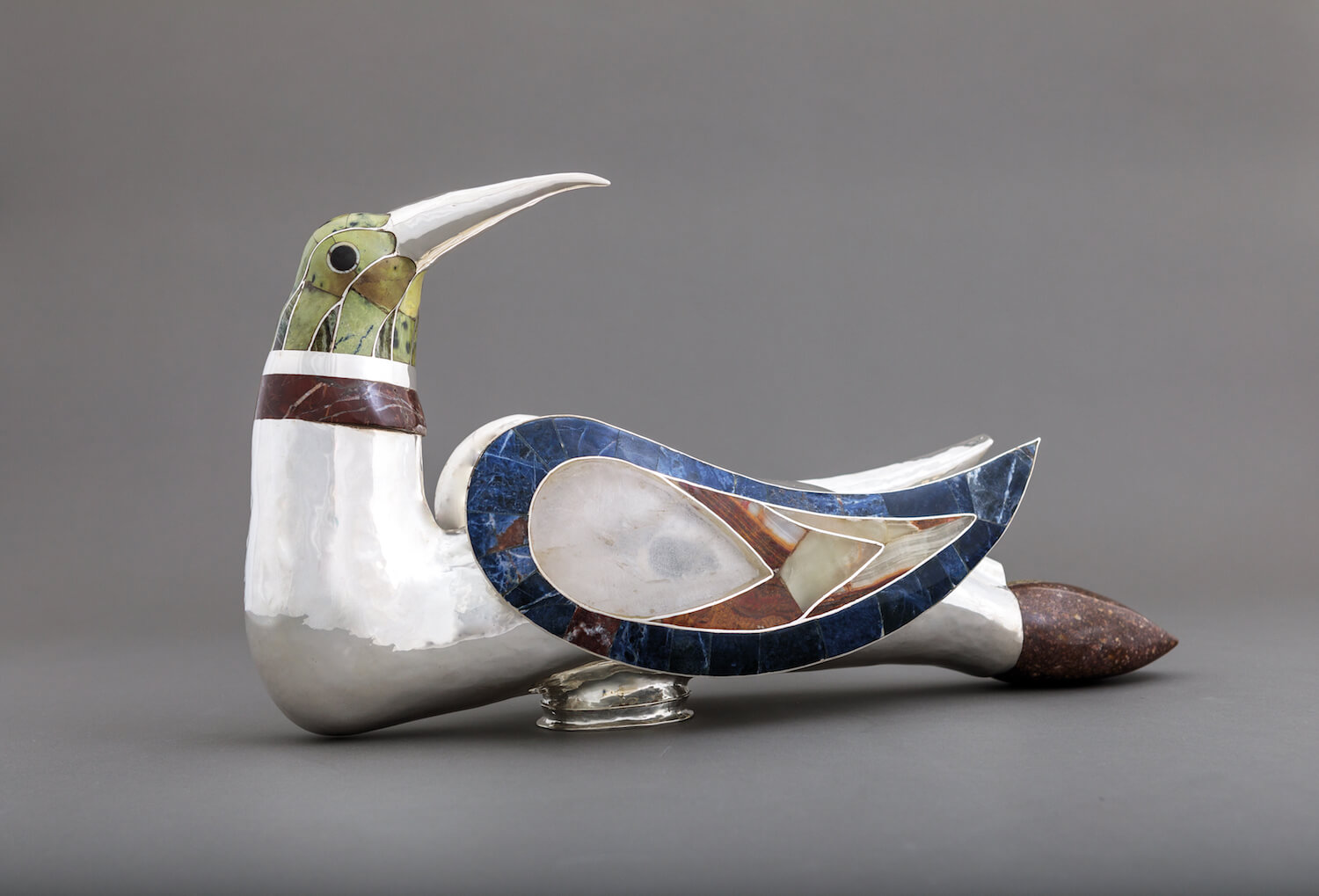 Some twenty of the most recent artworks of "the greatest goldsmith of the 21st century" (Daniel Alcouffe, honorary curator at the Musée du Louvre) will be presented.
This exhibition, placed under the presidency of Yannick Mercoyrol (director of heritage and cultural programming of the Domaine National de Chambord) is proposed in Nançay in echo to the retrospective exhibition dedicated to Goudji by the Musée Masséna in Nice (France), from July 9th to September 19th, 2021, and for which the Galerie Capazza is a partner.

I dream of ageless objects, of disturbing images of an indefinite time engraved in my memory and I contemplate, in wonder, the beauty that spirituality in art generates. A world, made of mysteries, symbols, legends and myths, haunts and challenges me. Was I not born in Georgia, ancient Colchis, then Iberia, land of the Golden Fleece and of the cursed love of Jason and Medea, where, for having created Man and stolen the sacred fire, the From-Theuth of the Scythians, the Prometheus of the Greeks, was chained by Zeus to the top of the Kazbek!

Freed from my past, it is in Paris that I can finally evoke the disappeared civilizations which moved me so much; to transmit my emotion in front of these magic traces, carrying identical symbols, from Sumer to Assur, from the Scythians to the Hittites, from the Etruscans to the Celts, to the Iberians, from the Achaemenids to the Sassanids, from the Avars to the Abas-sides, from Fayoum to Petra, from Phrygia to Lydia, from Ourartou to Louristan . . and so many others.

People migrate and their cultures intermingle to better fascinate me because they amaze me. I look for universality, while drawing from the sources of art, and express myself with materials that are still surprising, because they are rare. - Goudji

To see a video clip of the exhibition Dreams of light, click here

Opening hours of the exhibition in Nançay: