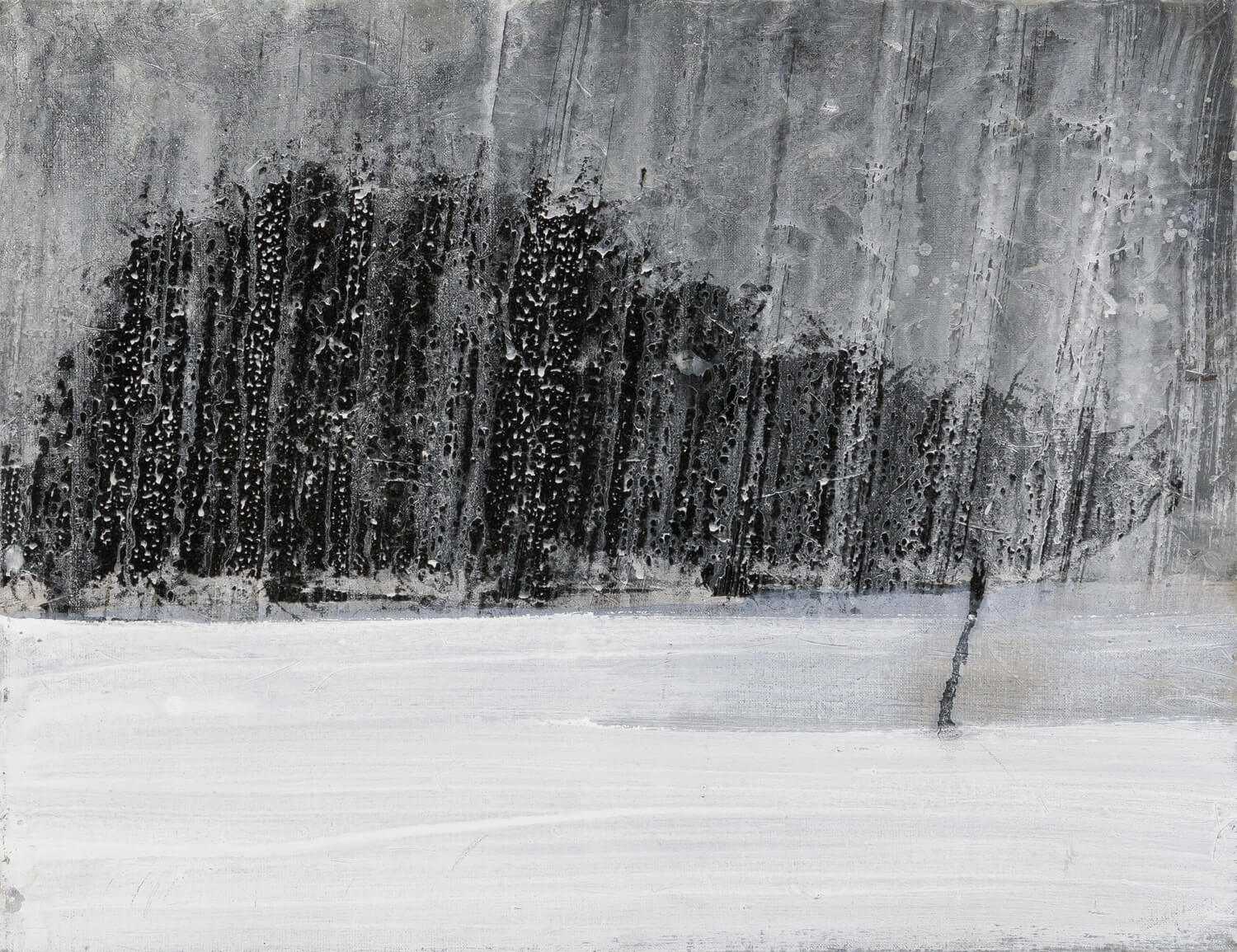 This feeling of deep melancholy intimately linked to the landscape, Rilke has masterly assigned it to the very evolution of the genre in a short text, rightly entitled On the landscape, which is his very first aesthetic reflection. He explains that, after Antiquity and the Middle Ages, during which the landscape is never approached in itself but always in its relationship to man, where it even serves as an ornament to the human figure, the artists of the Renaissance will begin to seize this genre as an indication of the separation of man and the world. Thus, he writes that Leonardo "also felt the landscape to be the means of expressing an experience, a depth and a sadness almost unspeakable." It does not matter how questionable the attribution to Leonardo of this new conception is; what matters here is the fact that Rilke senses that modernity will gradually seize the landscape without man, that it will represent it in itself, foreign to man and no longer as a projection of his Weltanschauung.

He thus formulates a fundamental intuition: that of a slow evolution by which the landscape does not relate any more to the man, moves away from it, and that it is paradoxically in this distance that the painter is going to be able finally to seize it, or rather to present the radical otherness of it; the landscape becomes then an irreducible reality, a "to be there" which, at the bottom, is not really comprehensible any more, and thus becomes representable. It is, I believe, in this shadow that one must be seized by Jean-Gilles' landscapes: they designate, in silence, a kind of calm nostalgia of separation, which is not necessarily to be understood in the mode of loss. There is no tragedy here, and this is what his joy of painting tells us. There is, rather, the acceptance of a slowness, of a "being with" in the wetness of the trajectories, the indecisiveness of the contours, the wideness of the gesture and the matter spread out, lenited for us. It is in this paradox, presented as a fact and not exhibited as a thought, that Badaire's landscape stands: enjoining us to join that from which we are forever, and fortunately, separated.
Yannick Mercoyrol, director of cultural programming and heritage - Domaine national de Chambord